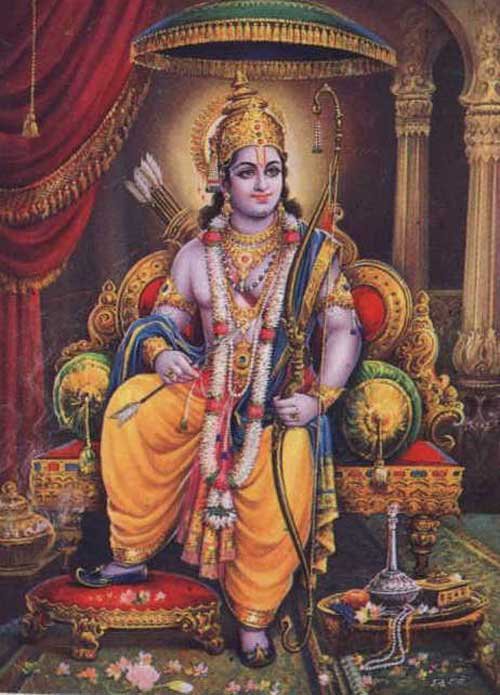 A multifaceted personality yet maintained a cordial relationship with each and every person he came in touch with. So rightfully called the Maryada Purushottam.

An ideal son : A person with such humility in life is very difficult to find even in those days. A person who will bow down to the wishes of his father, even when his father says and orders him not to follow them (Regarding banishing him to jungle for 14 years). A son who will take the thought and work of his father, not only into the neighbouring kingdoms but will cross oceans to spread his work and thought. A son who will listen to and respect all three mothers alike irrespective of being biased towards any one. On returning when Ram comes to know that Bharat does not talk to his mother, Kaikeyi, first thing he does is accompanies Bharat to meet Kaikeyi and removes whatever misunderstandings Bharat has for her. Then he visits Sumitra, as her son Laxmana, for no mistake of his, accompanied Rama to the jungle out of pure love for him. Lastly he visits Kaushalya, his own mother.

An ideal brother : The love for his brothers knows no bounds. When Bharata visits him in the jungle, Laxmana is very angry to see Bharata. Laxmana suspects that Bharata comes to kill Ram. At that time, it is Rama who confidently tells him, that he comes to take him back.

And then there is his lament when Lakshmana is unconscious due to Meghnaad’s weapons. It is said that the words uttered by Rama need to read by every brother as they have flowed out of the his mouth out of love and affection. He talks about his helplessness to help Lakshmana revive and also of laying down his own life for Lakshmana.

An ideal friend : Same love and affection is seen in his friendship with Sugreeva. He not only befriends the left out Sugreeva, but also gets his wife and kingdom back for him. Their bond of friendship is such that Sugreeva on learning that Rama is giving up his life in the waters of Sarayu, he enthrones Angad, and joins Rama and enters Sarayu with him.

An ideal husband : Rama’s bond with Seeta is difficult to put in words. His agony and harsh words, when Ravana carries away Seeta with him to Lanka, remind us of a heart torn husband longing for his wife. Also when he has to perform Ashwamedh Yadnya and the priestly class asks him about his wife, (this happens after he has left Seeta in the jungles as people of Ayodhya didn’t trust their queen), he states the truth. They ask him to take another wife, which was natural for Kings those days. Rama strongly objects to it and gets a gold idol of Seeta built, to sit with him in the rituals.

An ideal father : On seeing his sons Luv and Kush for the first time, his hands are not ready to fight as he develops a kind of relationship with them on seeing them. His fatherly instincts don’t allow him to fight, but the kids force him (as they are unaware that Rama is their father). But after the fight, when Seeta reveals herself to Rama and kids, Rama takes them close and grooms them to become great kings. The “lohana” community still believe themselves to be descendents of Luv and the “kushwahas” to be the descendents of Kush.

An ideal ruler : When we talk of Rama’s bond with the people of his kingdom, we have to accept that it was not that of a Ruler and citizen but that of a “Prajapalak” (father of his citizens). The people on learning that Rama is being banished to jungle for 14 years start walking with him. They say that the kingdom lies where Ram is, even if it’s the jungle. And on return after 14 years from the jungle, the love is intact. People hoist “GUDHI’S” outside their houses to welcome him back.

An ideal adversory : So is his bond with Ravana. After Ravana falls down down to injuries and is on his deathbed, Rama tells Laxmana to sit by his feet and gain knowledge from him. When Vibhishana refuses to light Ravana’s funeral pyre, it is Ram who shows his willingness to do so. And tells Vibhishana that with death, all enmity is gone and now Ravana, a learned and wise Pandit, is nothing but a brother – in – arms. Such a great adversory is Rama.

I know, my readers, you all know all these facets and moments of Rama’s life. But it’s always apt to remember them on his birthday and try to imbibe atleast one characteristic of Rama on our life. It would surely help us in moving forward on the path of Rama. Let us build a place in our hearts, so the Rama within feels at peace to live within it.

And at the end, I could decide which shloka to end my blog with. So just writing it and will stop without any word after that. 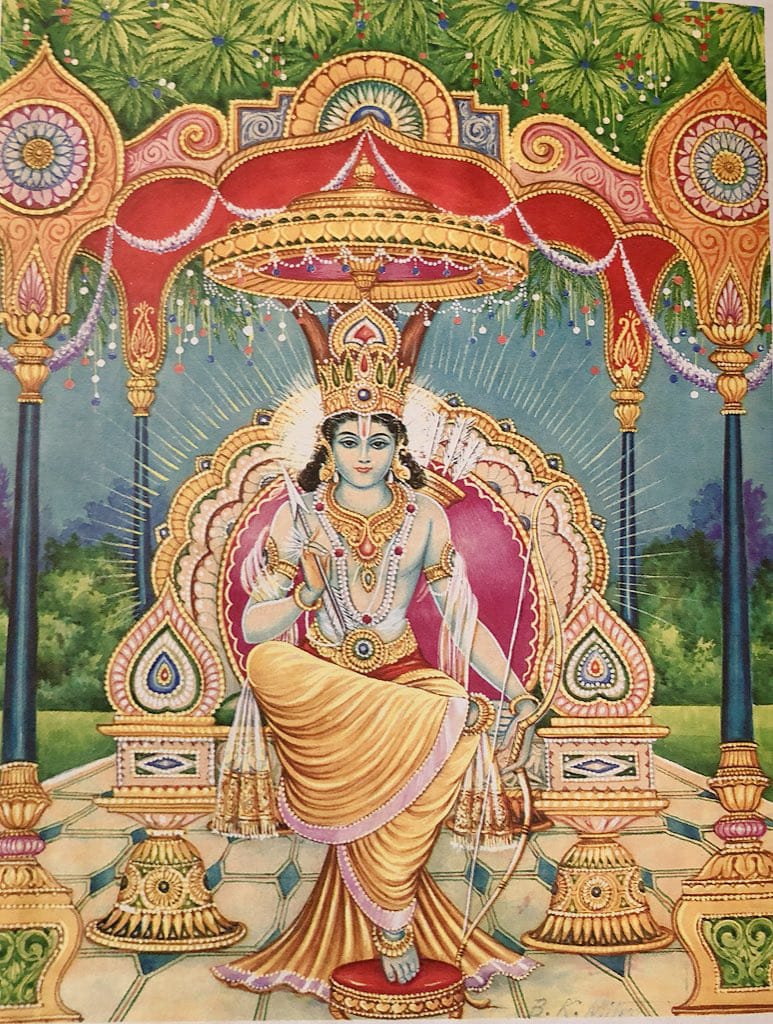